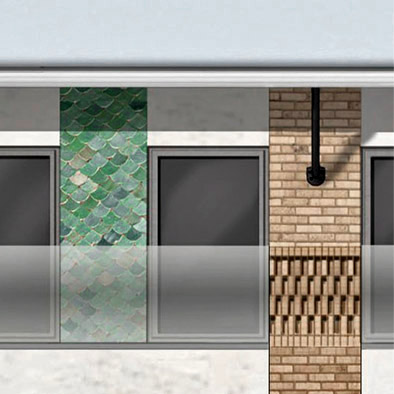 The Queens Parade received planning permission. This scheme was a refurbishment of a 1970’s block. Brooks Murray revitalised the facade by  creating a similar but modern extension of the existing building. Intricate brick and Moroccan fish tile paneling breaks up the long Elevation and  adds colour to the street.  The Culver Road elevation will be treated in the same way as the first floor, with the addition of profiled brick string coursing as a subtle detail that extends to the rear elevation for visual interest.