Brent Pelham Hall was first built as a timber framed structure in 1608, in which form it used to host Queen Elizabeth I. Encased in brick to a William and Mary style, during the seventeenth century, the Hall forms the principal house of Brent Pelham village in Hertfordshire.

Brooks Murray were appointed to design a masterplan and create the context for the painstakingly restored Grade I listed Hall.

A 1700 engraving of Brent Pelham Hall shows the house and its surroundings laid out in a formal arrangement of walled gardens.

The engraving clearly illustrates the hierarchy of spaces with an axial approach through a series of enclosures. The formal walk from the garden front of the house to St. Mary’s Church is the principal axis. It shows the service accommodation to the right arranged in courtyards, which line through to the walled gardens on the left. Horses and carriages arrived directly to these stables and ancillary buildings to the right, whilst grids of formal planting, vegetables and orchards lay to the left.

The layout of the estate evolved with the removal of the glazed link on the approach and the service courtyard reconnected to the main house. Much of the ancillary accommodation has now gone as has a definite edge between the cultivated gardens and the parkland. The fishpond has been extended into a lake with a small island.

Working closely with landscape architect, Kim Wilkie, Brooks Murray designed a masterplan to complement the meticulously restored Grade 1 listed house, to restore the hierarchy of enclosures from the original design and create a space that the owners, who are keen gardeners, can enjoy.

The historic layout of the house and surrounding walled gardens provided a language that informed all the design decisions, from the approach sequence to the hierarchy of garden spaces and the distinct boundary with the agricultural landscape beyond.

The design retained, restored and extended the walled garden layout. This returned flower borders and vegetable gardens whilst creating a hidden space in which to discretely fit contemporary tennis court, swimming pool and garage into the historic structure. These new facilities lie within the historic pattern of cultivation and enclosure, but beyond the immediate views from the hall.

Traditional materials, including clay handmade tiles and a local mixture of bricks and mortar pointing, were used throughout. Careful attention was paid to detail buildings beautifully, to sit appropriately with the adjacent Grade I listed house. 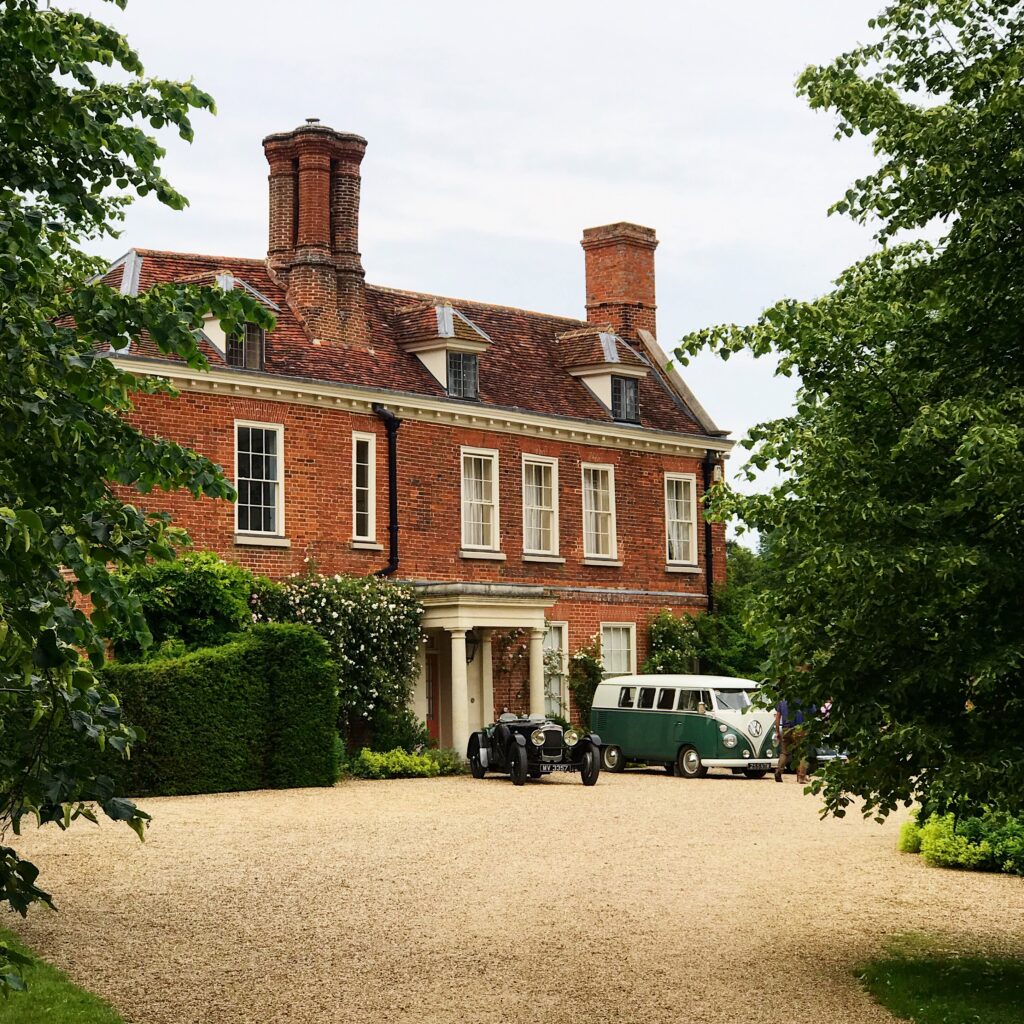 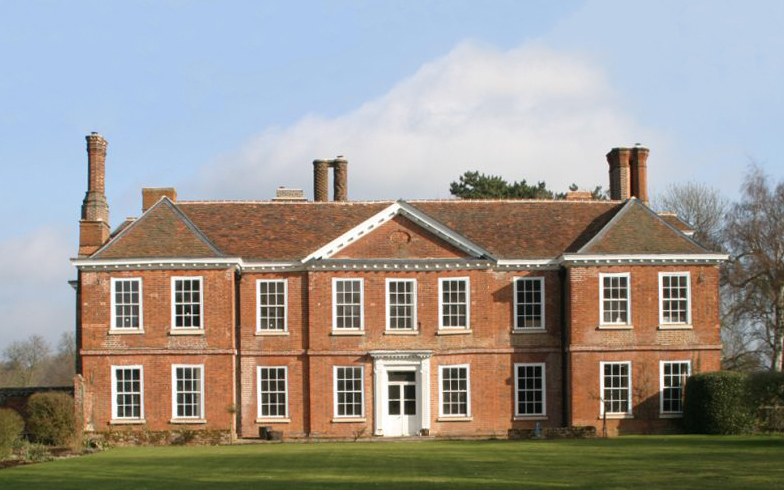 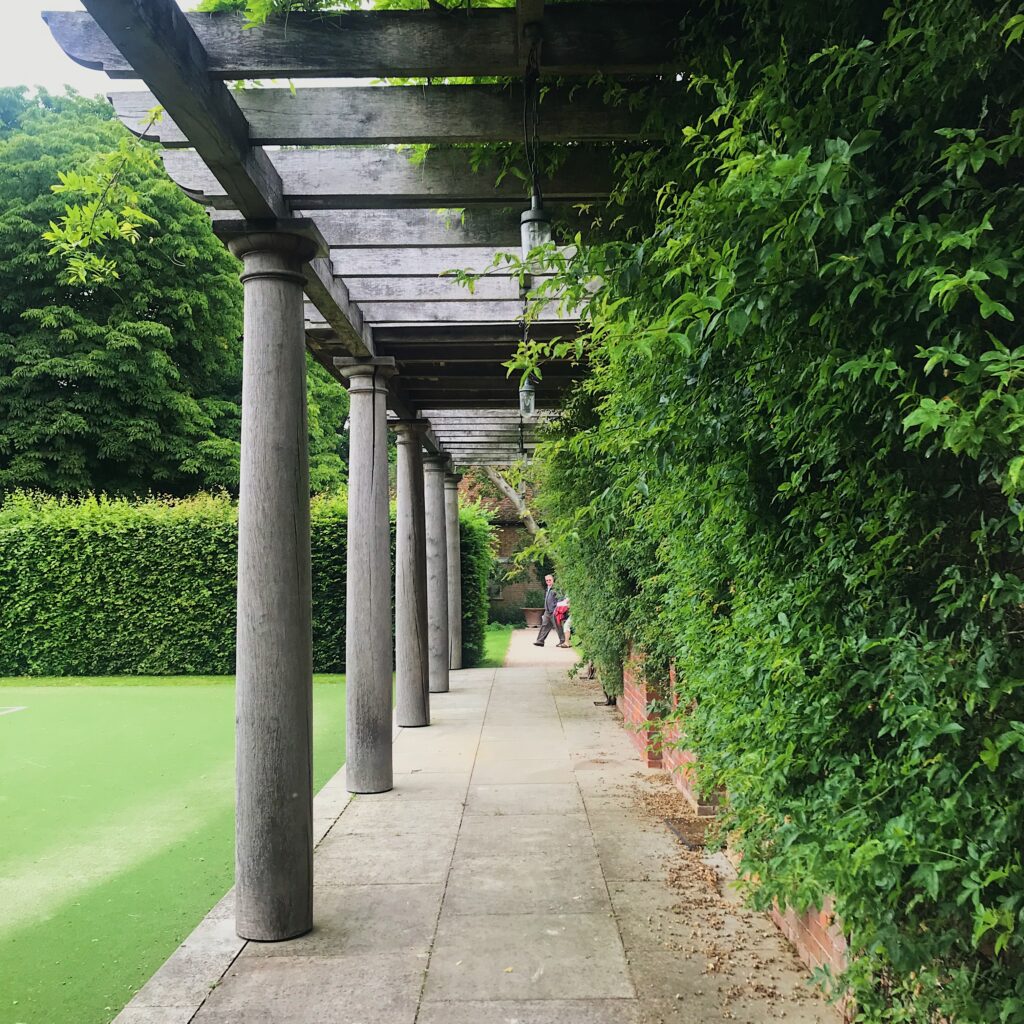 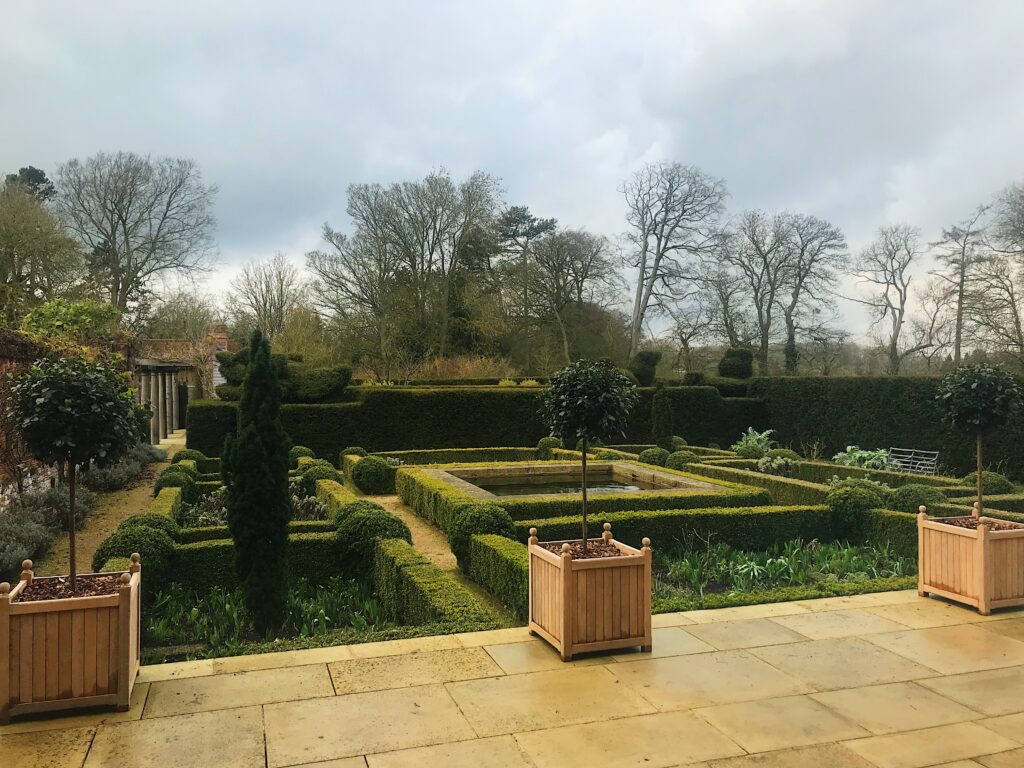 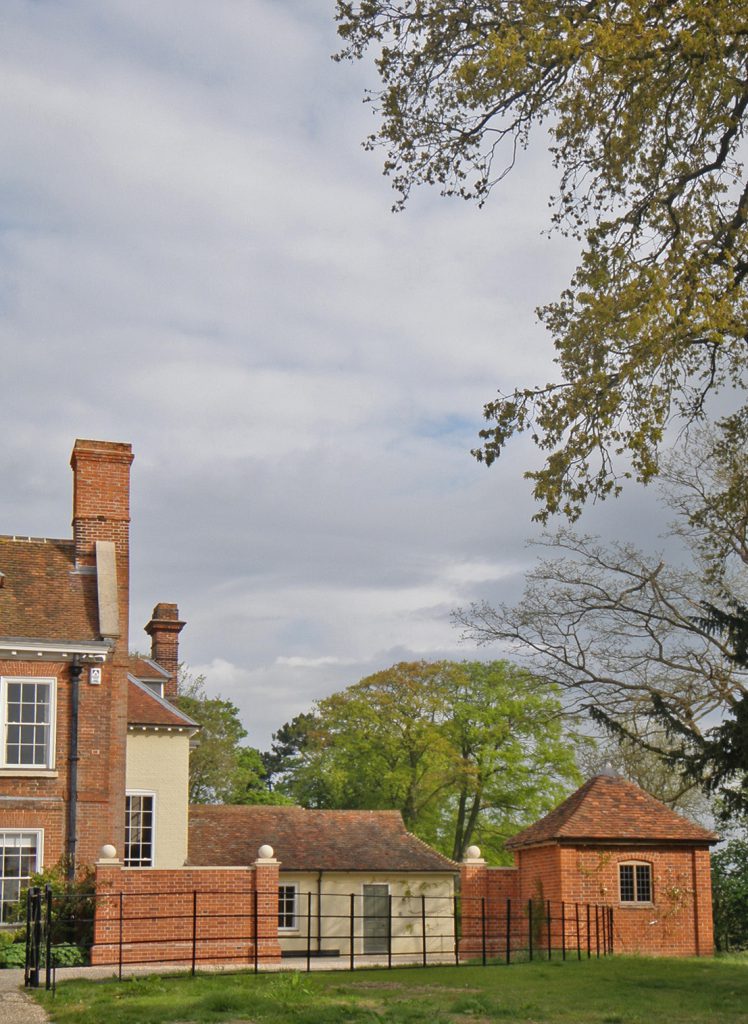 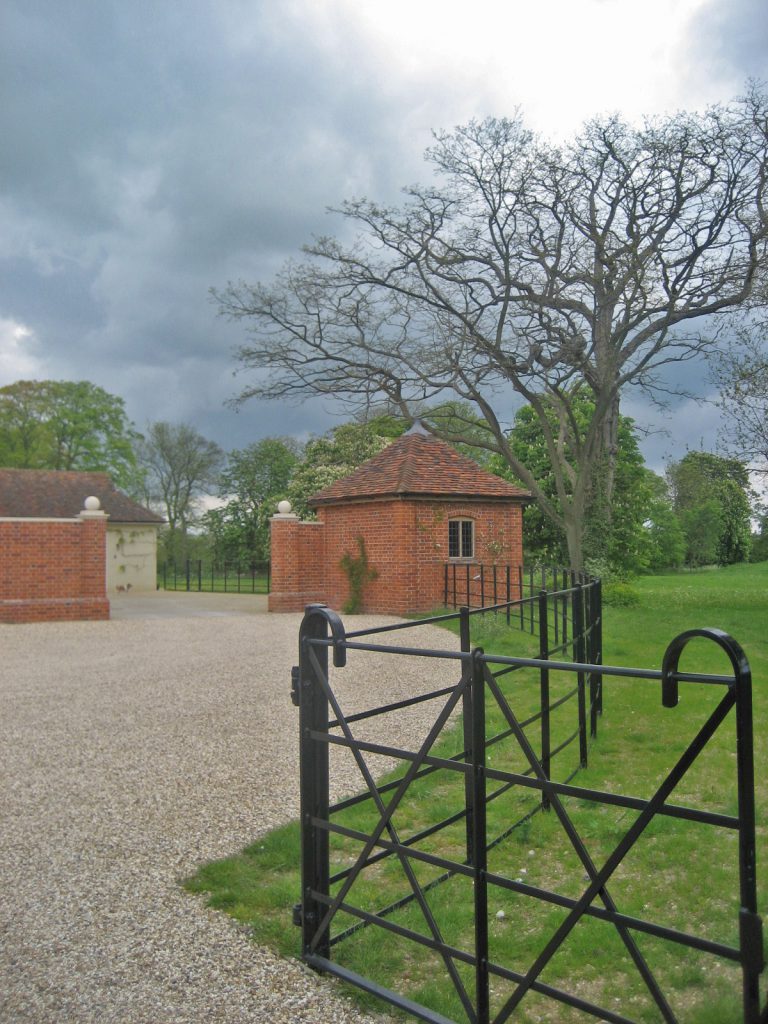 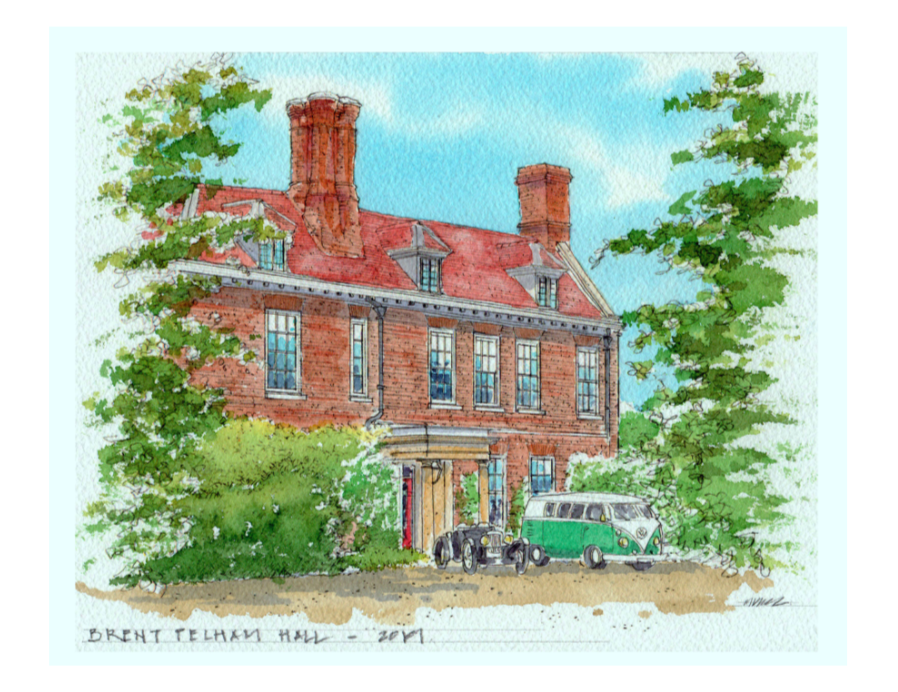 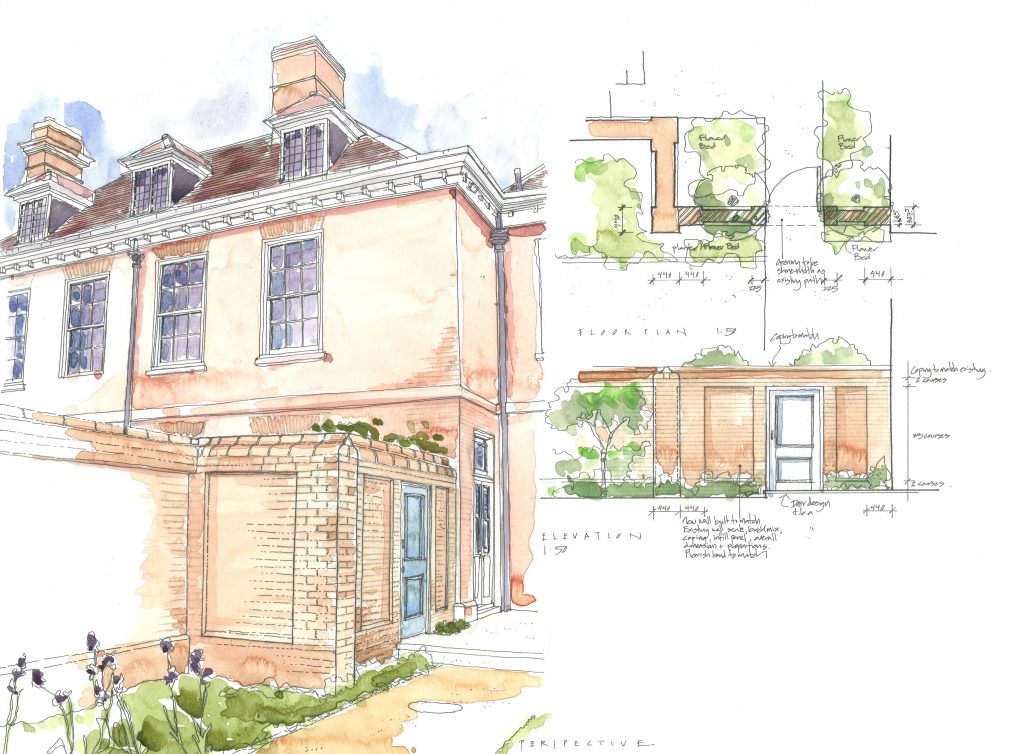