The New River Arms was an old carvery and its car park on a teardrop-shaped slip of land in Broxbourne, Hertfordshire.

Brooks Murray were appointed to design a scheme to reuse the land and bring new homes to the area. The mixed-use design delivers 45 new flats and a commercial space on the ground floor.

The site has a unique character: set on a teardrop-shaped island and flanked by wide roads and a roundabout, it has no immediate neighbours. It is without a traditional front or back, and sits isolated from surrounding buildings which are, with the exception of the nearby five-storey College building, mostly two- to four-storey homes with pitched roofs.

In order to make best use of the site, the client sought to demolish the existing public house and appointed Brooks Murray to design a building tailored to its particular context. Following a study of the local area, and carefully considering the height and overall scale of a new building, the team designed a 3-4 storey building incorporating 45 new flats, a commercial space and 76 parking spaces amongst delicate landscaping.

The building is designed to follow the site boundary. However, to recognise its environment and avoid overbearing, it is divided into smaller volumes that regularly cascade along the boundary line.

The roofline is divided into two main sections and the broken line is accentuated further by different heights of the parapet walls, creating a subtle cascading effect. The continuous line in elevation is punctured by small, centrally located roof pavilions which, significantly set back from the facades, bring additional space without overly increasing scale of the building.

Following the pre-application consultation, a public meeting was organised for local residents and ward councillors. This was attended by some 120 residents and hosted lively discussion between residents principally against any development in the area and others very supportive of the design, in particular its roof terraces, brick detailing and new landscaping.

Whilst some local desires could not be accommodated, many comments and suggestions from residents, such as a more intensive use of the inner courtyard and enhanced landscaping areas, have been incorporated in the final scheme. 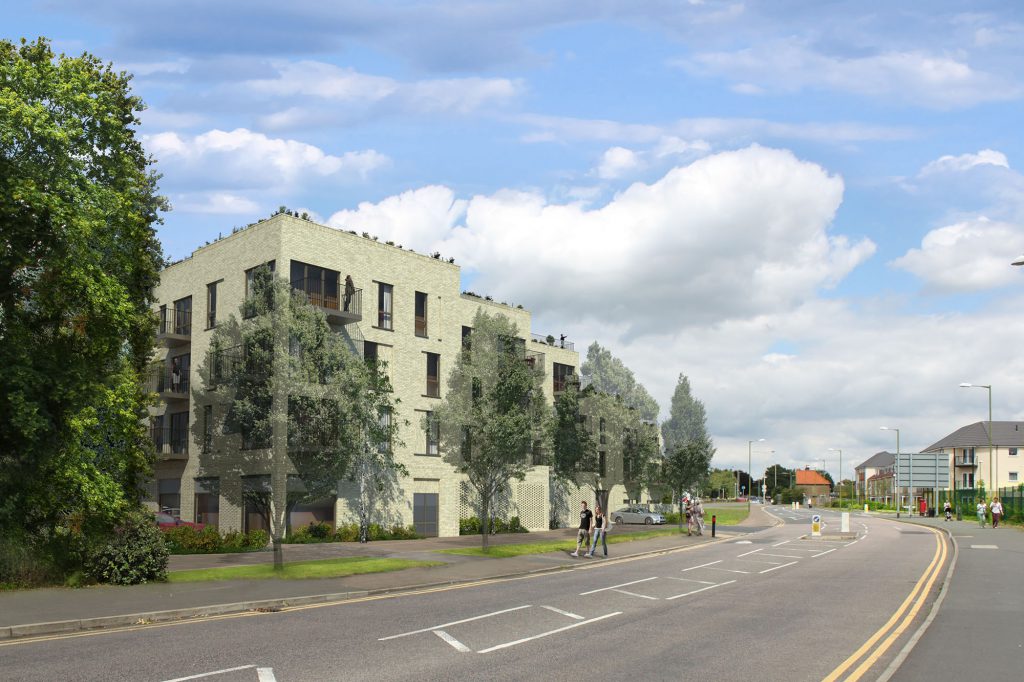 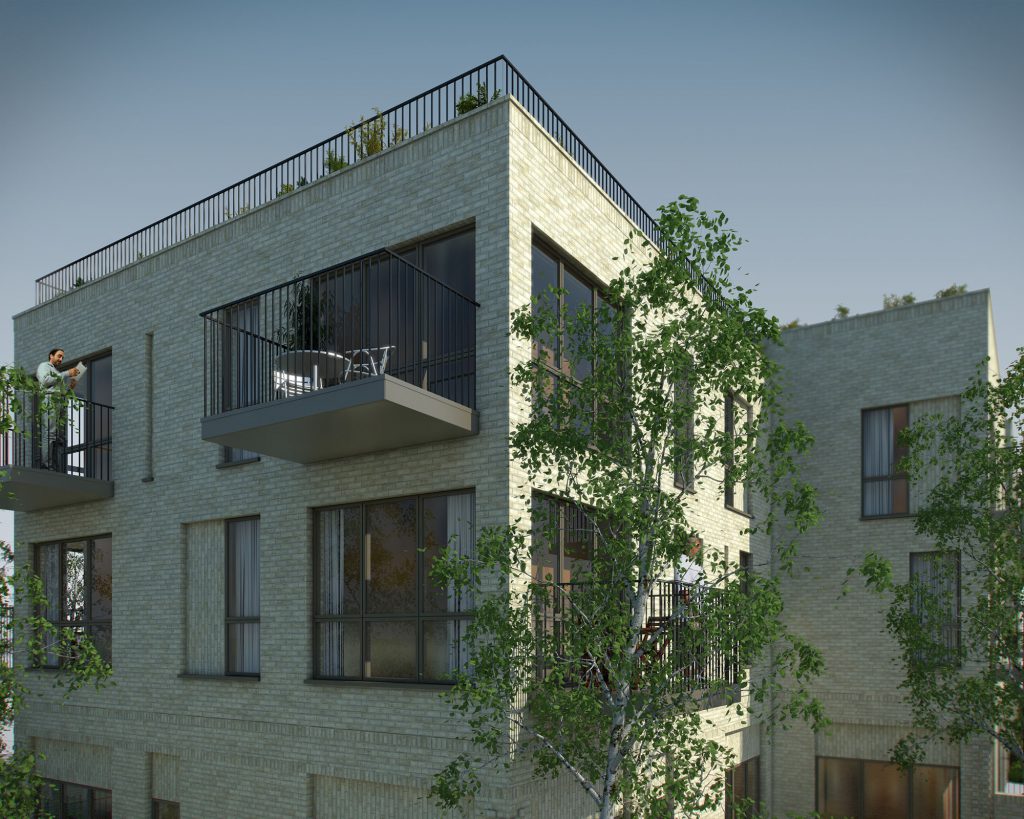 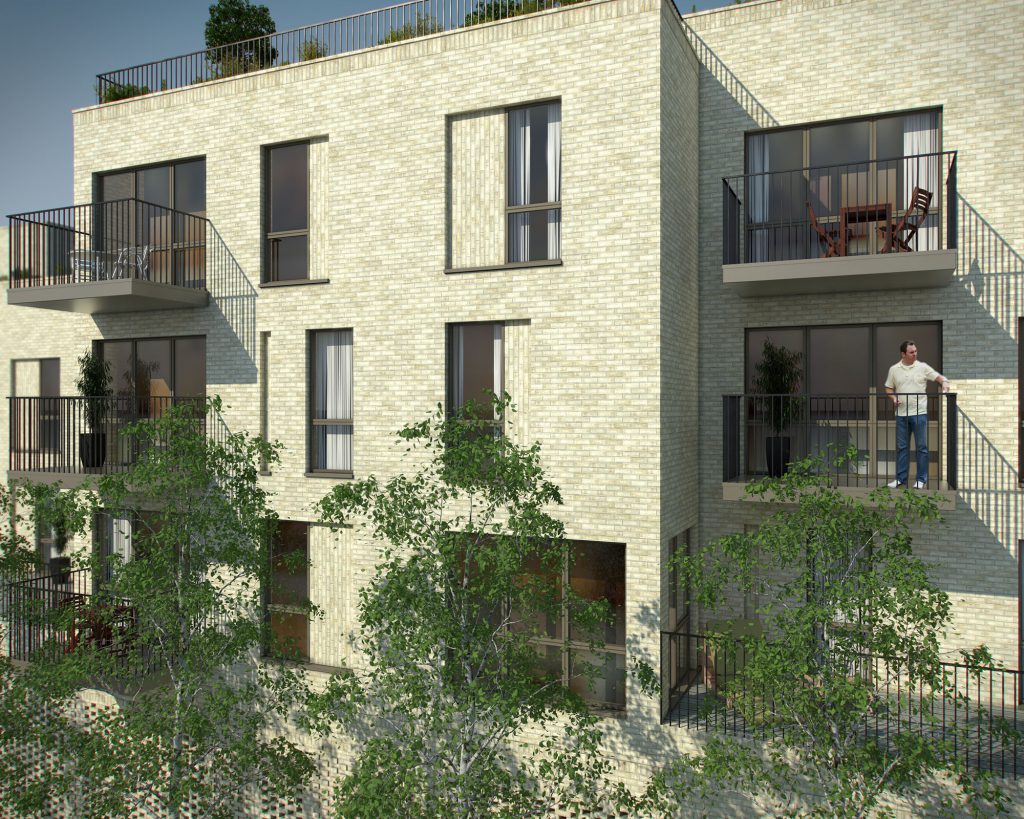 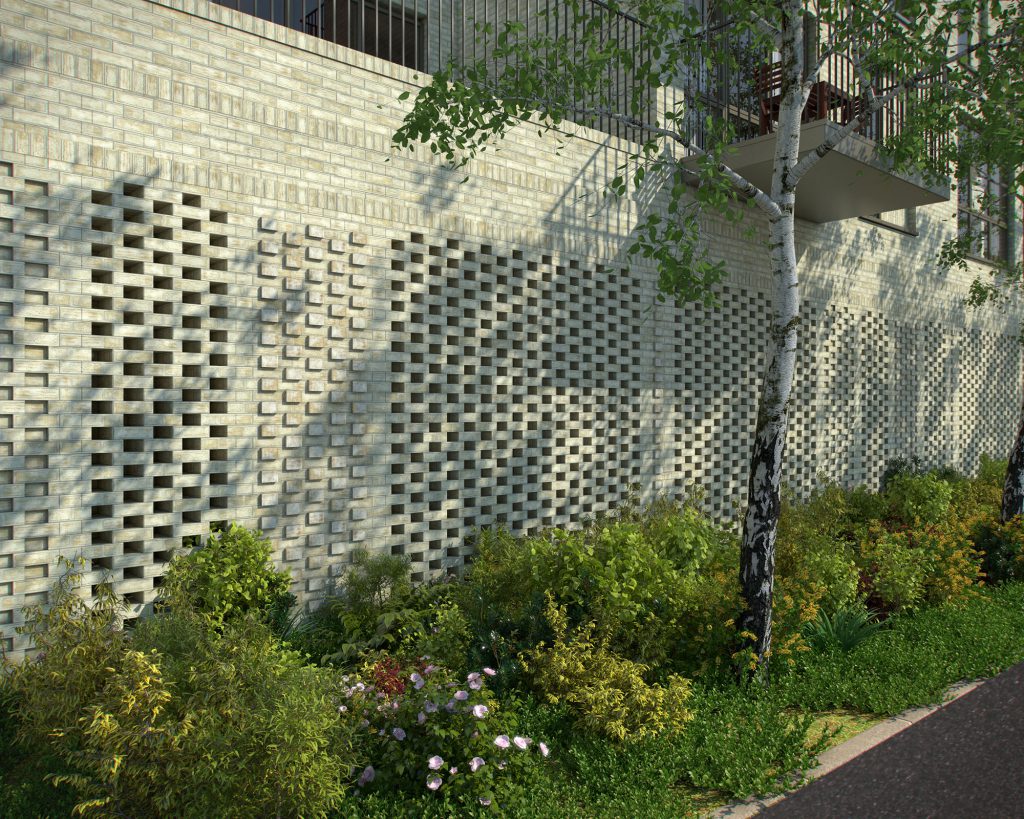